Good news from Iranian footballers that play abroad – nicknamed Legionnaires – again successful in European leagues, as we saw on 4-6 November 2016. All players are member of Team Melli, the National football team of Iran that currently leads Group A of Asian zone of 2018 FIFA World Cup qualifications.

After his amazing goal that helped Rostov beating Bayern in UEFA Champions League, Sardar Azmoun scored in the week 15 of RFPL-Russian Football Premier League. The young cheetah gave his side the advantage at 41′ and then Rostov won 2:0 against Anzhi Makhachkala. 20-years-old Saeid Ezzatollahi did not enter this game, and according to rumours he could move to another European club in the incoming transfer window, like Azmoun.

In the week 14 of Eredivisie AZ Alkmaar were already beating 4:1 their opponent, Heracles Almelo, with about 10 minutes remaining until the final whistle: Alireza Jahanbakhsh came in the game at 83′ replacing Muren (who had scored a double), and after nine minutes scored AZ 5th goal with no celebration; later his coach Van den Brom expressed his happiness for the Iranian talent more than for the victory, adding that he had previously agreed with Jahanbakhsh that he was benched. The rocket goal resulted in a great solution!

Iranian duo in Greece was impressive in the week 12 of Souper Ligka Ellada, too: Panionios took the advantage at 71′ against Panathinaikos thanks to Team Melli number 10 Karim Ansarifard assisted by his compatriot Masoud Shojaei. Ansarifard celebrated the goal showing to TV cameras the jersey of his young teammate Vasilis Patsatzoglou, who recently had surgery due to a bad injury. After Ansarifard’s replacement, in the injury time Shojaei was close to score but soon after the rivals equalized. 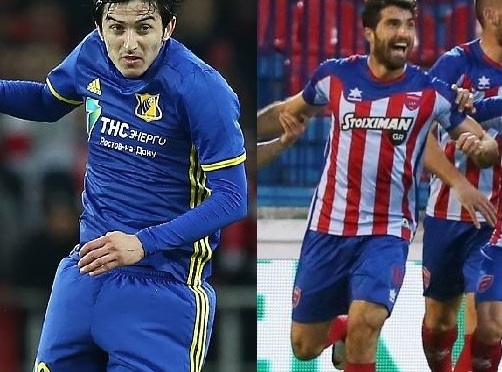 4-6 November 2016 weekend was a no-stop series of great news about Iranian footballers that play abroad – those who are nicknamed Legionnaires – on Facebook, Twitter, Goal.com and other websites. Maybe we never had so many talents from the Persian country, able to be so impressive in a couple of days: about 15 years ago there were Iranian players in German and Austrian Bundesliga, Italian Serie A, Belgian Jupiler Pro League, but it seems that the current generation has already marked a record! Let’s see together.

On Friday night Heerenveen took the advantage against Sparta Rotterdam at 9′ thanks to Reza Ghoochannejhad assist to St. Juste.

Heerenveen lost 3:1 after a great rival comeback, but in week 12 of Eredivisie another Iranian assisted his teammate in a very important match on Sunday: AZ Alkmaar v Ajax. Although already leading after thirteen minutes, AZ conceded two goals in the second half until at 79′ Alireza Jahanbakhsh on the right side received the ball making a superb stop and then passed to Weghorst who scored the equalizer.

From Netherlands we fly to Russia for the week 13 of RFPL-Russian Football Premier League.
With a back-heel Sardar Azmoun assisted Erokhin at 26′ as Rostov took the advantage against Arsenal Tula. The Iranian youngster – who previously scored in UEFA Champions League against giants Atletico Madrid – ten minutes later beat the rival goalkeeper with a successful header, helping his club to win with the final 4:1 result. 20-years-old Saeid Ezzatollahi did not enter this game.

In Russia again an Iranian talent passed the golden ball in the match between Terek Grozny and Zenit St. Petersburg: left wing back Milad Mohammadi (born 1993) ran from the left side and assisted Balaj, whose double gave a surprising victory to Terek. Mohammadi showed an excellent performance despite an injured wrist. 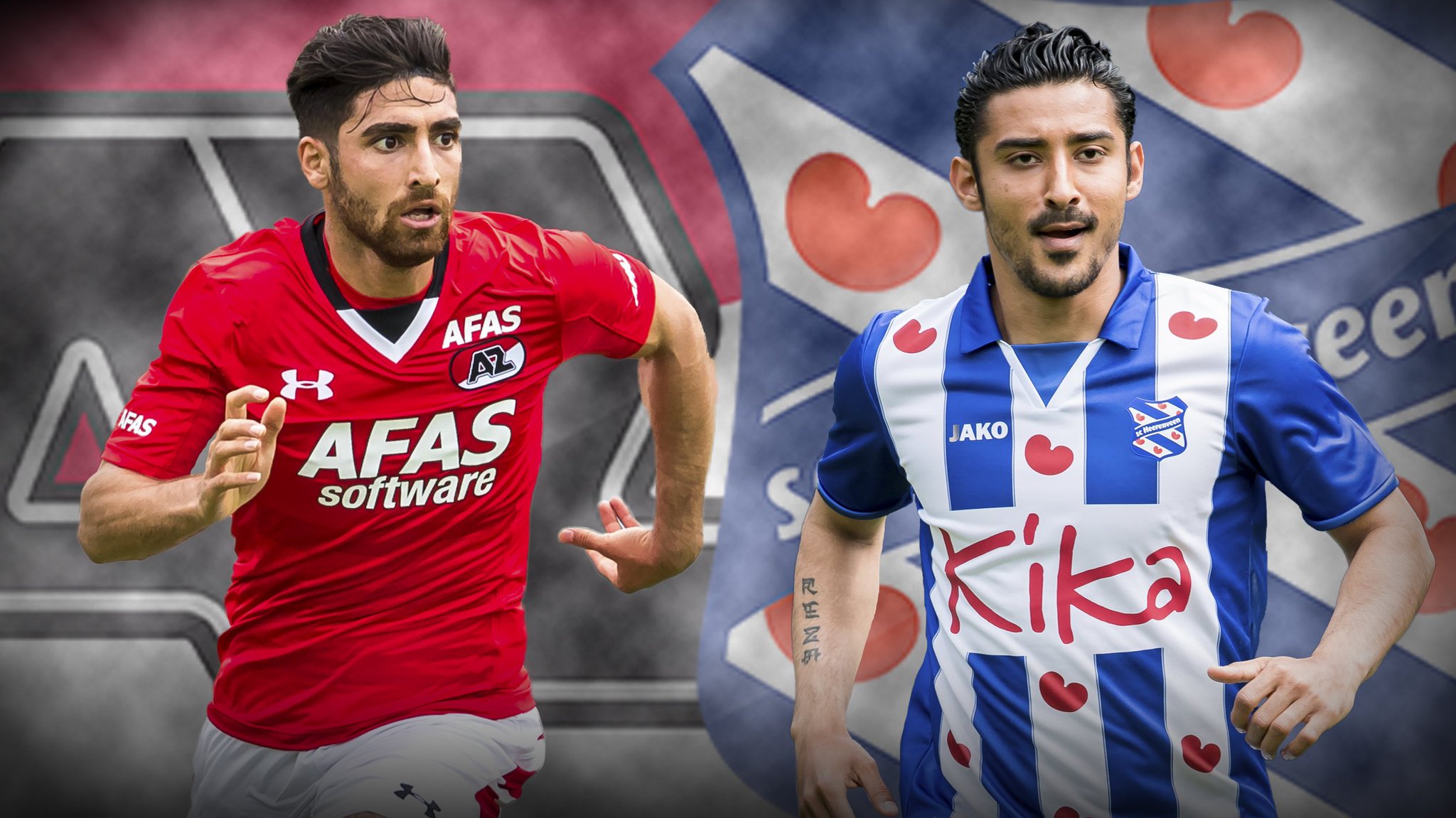 Week 1 of Dutch Premier League, better known as Eredivisie, celebrating 60 years.
In Alkmaar the home team AZ faced SC Heerenveen in a nice game, with 4 goals, ended in a draw. Many Iranian people were waiting for this match to see two stars of Team Melli: Jahanbakhsh and Ghoochannejhad.

Alireza Jahanbakhsh is playing his second season with AZ, after spending 2 years in NEC Nijmegen: the Gilan-born winger is nearly 23 and this Eredivisie could represent an important point to grow up in his young career. Many teams  from England and Germany showed interest in Alireza, a fast midfielder and assistman.

Reza Ghoochannejhad came back to Netherlands in the club with whom he made his first professional appearance at 18 in 2005. The stricker wants to get back scoring after one unsuccessful Championship with Charlton, just relegated to League One. He is the only Iranian that scored in the last FIFA World Cup Brazil 2014.

Both the players started in the line-up of the match, on 7 August 2016.
Reza played 75 minutes, replaced by Veerman. Ghoochannejhad tried to beat Sergio Rochet twice in the 1st half: his left footed shots were saved by AZ Uruguayan goalkeeper, the second one saved in the bottom right corner. On the other side, Alireza helped his team to take the advantage, as he assisted Markus Henriksen after 33 minutes. Jahanbakhsh attempted twice, too: at 70′, but his shot was slowed down by an opponent’s touch; and with three minutes remaining, when he shot from the right and the ball was blocked by Heerenveen number one.

Iranian fans can be satisfied by their condition, since Carlos Queiroz will most probably call them up for upcoming World Cup qualifiers against Qatar and China,